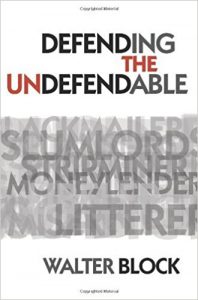 “Defending the Undefendable performs the service of highlighting, the fullest and starkest terms, the essential nature of the productive services performed by all people in the free market. By taking the most extreme examples and showing how the Smithian principles work even in these cases, the book does far more to demonstrate the workability and morality of the free market than a dozen sober tomes on more respectable industries and activities. By testing and proving the extreme cases, he all the more illustrates and vindicates the theory.” – Murray N. Rothbard 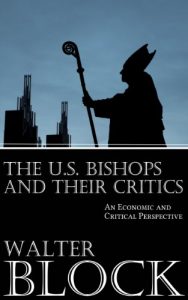 The U.S. Bishops And Their Critics: An Economical And Critical Response

The U.S. Bishops and Their Critics is a detailed response to the recommendations made by the United States Conference of Catholic Bishops (USCCB) in the Pastoral Letter “Economic Justice for All.” Though written in 1986, the criticisms made by Dr. Walter Block and his peers are very relevant to the social and economic realities we face today in 2013. This book is a must-read for those interested in libertarianism, theology, and social justice. 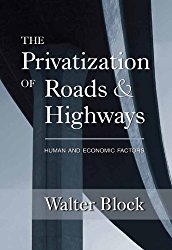 The Privatization of Roads & Highways: Human and Economic Factors

A 494-page book that will cause you to rethink the whole of the way modern transportation networks operate. It is bold, innovative, radical, compelling, and shows how free-market economic theory is the clarifying lens through which to see the failures of the state and the alternative that is consistent with human liberty. 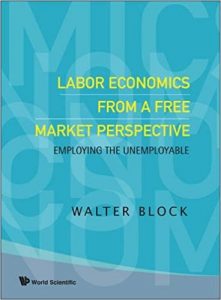 Labor Economics From A Free Market Perspective: Employing The Unemployable

The position of this book on unions is unique outside of the libertarian movement, and this is indicative of its analysis of several other issues, such as minimum wages. For scholars on the left, it is almost true that unions can do no wrong (for Marxists, they do not do enough, but that is another story). Their role is to raise wages for the workingman, and this task is almost unstintingly applauded. Conservatives, on the other hand, oppose unions root and branch (except for their support of foreign wars, which is also another story). To this end they support a welter of regulations, designed to reduce their power: limitations of check offs, forced secret ballots, etc.

For libertarians, the analysis depends, intimately, on whether or not these are voluntary organizations. If they are, there is no more justification for imposing secret ballots on them than to do so for the chess or garden club. If they are not, they should not be weakened by restrictions, but, rather, banned, and their leaders imprisoned. 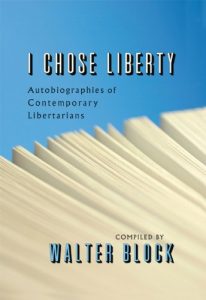 Walter Block leaned on 82 of the world’s most prominent libertarian thinkers and asked them to tell their life stories with an eye to intellectual development. The result is the most comprehensive collection of libertarian autobiographies ever published. Their stories are thrilling and fascinating. They reveal their main influences, their experiences, their choices, and their ambitions. 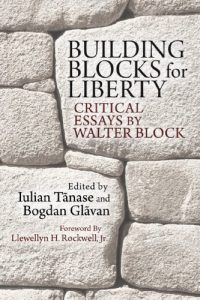 Walter Block ranks among the most prolific and provocative libertarian thinkers in human history. This volume fills an important gap in his corpus of writing: a series of accessible articles on cutting-edge topics. His research and writing on roads, education, labor, secession, drugs, and money fill the scholarly journals, but these reductions bring this research to you in a format that is designed to persuade everyone.