Commentaries on Gordon and on Bylund

Consider most people whom you have been friends for a long period of time. Typically, and this is certainly true in my case, one is hard put to recall exactly how you first met them. If they are good enough friends, as in the case of David Gordon and me, recollection of this first meeting vanishes into the mists of time. One simply cannot remember.

David is different in this regard, as he is in so many others. I distinctly remember my first meeting with him, (almost) exactly what he said to me, and my own reaction, which was one of profound astonishment. He said something to me very much like this: “You’re Walter Block. It’s great to meet you. I have been for a long time a fan of your writings. For example, in your publication with title A, published in the year B in journal C, you said on page D, the following. Whereupon he would offer me a long quote from my publication. Then he would say, “in your publication with title E, published in the year F in journal G, you said on page H, the following”.

Whereupon he would offer me another long quote from another of my publications. He continued this pattern for quite a while, offering such renditions of some half dozen examples of my publications. His quotes of me all sounded plausible; for all I knew, they were verbatim. I had no idea of whether he was correct in any of this. I was too shocked to be able to make any such determination. Indeed, my recollection is that my jaw hung low in amazement.

Why am I relating this story from my past? It is because I was brought in mind of it by my present experience of reading what David said about my book Labor Economics From a Free Market Perspective. With the experience of several decades, now, of David’s friendship and companionship, I have no doubt that with his photographic memory, the cites and quotes he reeled off to me at that long ago first meeting were entirely accurate.

I have a similar reaction to his review. I have no doubt that he has memorized the entire book. But more. It is my understanding that there are a few people on this earth who are capable of such feats. But David combines this with an understanding that is rare indeed. He has plumbed the depths of this book, in a way that I myself, the author, feel inadequate to do.

He says he has concentrated on the “central theme” of my book. Not so, not so. He has done far more than that. He has pierced the central theme of my book. If David were a bullet, and my book a piece of heavy reinforced steel, there would now be a hole in this publication of mine big enough to drive a truck through. Put it this way. If I were a murderer, and David a detective, I would not at all appreciate him being assigned to the case. All I can see is that in this intellectual battle of ideas we Austro libertarians find ourselves in the midst of, I appreciate every day of it knowing that David is on my side of it.

I am very grateful to Per Bylund for his commentary on my book. He does me great honor with his thoughtful critique of it. I am a great believer in the intellectual benefits of criticism, of which his essay is a splendid example. Let me reply to his under two headings: non substantive and substantive.

Several times in his review Bylund makes assertions without offering examples. For example, he refers to my “typically Blockian manner, very outspoken, shocking, and – sometimes – even infuriating.” Just out curiosity, I would like to know to what, specifically, he is referring. He mentions my “provocative language and somewhat unorthodox examples” (thanks to the modern miracle of word search, I am able to report that Bylund employs the word “provocative” no fewer than five times), again without satisfying my (or anyone else’s, I suppose, inquisitiveness). This author maintains that my “work […] is too polemical and provocative and ‘ideological’ to be taken seriously by mainstream economists.” Well, been there, done that; I am very accustomed to having my efforts dismissed by neoclassicals, but what, pray tell, did I do this time so as to call forth this reaction? I am left in the dark.

Also, under this heading I cannot resist rejecting his several criticisms of the books omissions, not commissions. For example, (note, I am very specific in my criticisms of Bylund), he says, “but (Block’s) […] depth of the analysis of such intervention in the labor market is insufficient – the analysis is too limited and does not take into account all major effects of market regulation.” Well, of course. No book can be “unlimited.” It seems a bit harsh to condemn a book for not taking “take into account all major effects of market regulation,” when that was not the avowed goal of the author. As well, my commentator states: “And, as Block surely knows, for any market to be truly free it is necessary to abolish government.” He does so in the context where he seems to be blaming me for not mentioning this elemental and basic truth in Labor Economics from a Free Market Perspective: Employing the Unemployable. Again, not every book can say every correct thing.

Bylund continues in this vein: “From a libertarian point of view there is as much of an ‘injustice’ problem on the ‘other side’ of the conflict: employers are not solely victims of unionized, state-sanctioned violence – they are also beneficiaries of a multitude of regulations.” And again: “The violations by or on behalf of firms and employers are absent from Block’s analysis of the labor market – it seems to be guided by a one-eyed passion for justice.” Here again I am being blamed for what I did not say, not for what I did say. Remember, this is a book on labor markets. Were I to have written one on the corporate sector, I certainly would have made the points so eloquently put forth by Bylund. And, as to the relations between employer and employee in the labor market, it is my view that violence perpetrated by companies (Pinkertons’ etc.) was overwhelmingly a reaction against prior violence perpetrated by organized labor. If unions were to limit them selves to mass quits, and not set up set ins or pickets, which violate the private property rights of the company, there would simply be no need for them to resort to violence.

Now for substantive matters. Mr. Bylund spends what I consider to be an inordinate amount of effort on the normative-positive distinction, the fact value dichotomy, the difference between economics, on the one hand, and political philosophy, particularly libertarianism, on the other. Which animates this book? In my opinion, both do, only in different parts of the book. Remember, this volume is a compilation of many previously published articles, which now comprise its chapters. Well, on some of these occasions I am involved in the one perspective, on others of these occasions the other. Even if this were not the case, there is nothing wrong or improper with speaking from these two perspectives within the same essay, even a short one, provided, only, that the Humean distinction is not violated. Try as I may, I do not see from Bylund’s commentary any examples of any such violation: that is, me deducing an “ought” from an “is,” for example, saying something like “the minimum wage creates unemployment for the unskilled, therefore it is wrong.” If there is anyone who commits a sin against the normative positive distinction, it may well be Bylund, who says: “economics as a scientific discipline is founded on a utilitarian philosophy of what is universally good.” In my view, economics is founded on no such thing. For the Austrians, at least, the dismal science, is, instead, predicated upon human action. In this regard, the following statement can only be considered problematic: “economic theory is generally compatible with libertarian political and moral theory.” To the contrary, economic theory is in the positive realm; libertarianism, in contrast, lies entirely within the arena of the normative. Never the twain shall even meet, let alone with “compatible” with one another, at least according to Bylund’s authority on this subject, Hume.

In addition, here are several points of divergence between me and my critic. I quote from him, and comment:

“Economics in general, and especially the Austrian tradition, is deductive in nature.” But, this is not exactly true. Bylund is entirely accurate with regard to praxeological or Austrian economics, but as for “economics in general,” by which I presume he means mainstream or neo classical economics, this is an inductive, not a deductive, “science.”

“Austrian economics rejects statistical methods and empirical studies as means to learn about economic truths and hence adopts a purely deductive approach.” Yes, Austrian economics rejects statistics and empirics as a test of praxeological law. But these methods are not at all eschewed when it comes to illustrating basis economic axioms. This may sound like hair splitting, since it is a popular fallacy about Austrian economists that we rebuff any connection with statistics or empirical studies. Not so, not so.

“libertarianism […] only limits individuals’ actions to anything that does not do direct harm to other individuals.” Close, but no cigar, here. Boxers do “direct harm” to each other, by punching each other in the mouth. A asks B to marry him. B refuses. A commits suicide as a direct result. This would appear to constitute “direct harm.” Yet, boxing, refusing marriage proposals, are certainly compatible with libertarianism. Libertarianism doesn’t prohibit “harm,” only rights violations, which none of these are.

“Austrian economics studies and predicts the negative effects of interventions in the market place.” Nor really. Rather, any prediction that Austrian economics makes are contrary to fact conditionals: If all else remains the same, then X will lead to Y. But we are never in a position to assert that all else stays constant. (For more on this see Hulsmann, Jorg Guido. 2003. “Facts and Counterfactuals in Economic Law.” The Journal of Libertarian Studies. Vol. 17, Num. 1, pp. 57-102; http://www.mises.org/journals/jls/17_1/17_1_3.pdf)

“[…] libertarianism, based on the non aggression principle, cannot espouse any other economic ‘system’ than a free market economy – all alternative ways of economic organizing would necessarily violate the fundamental principle. The free market and libertarianism are therefore, in substance, two sides of a coin.” Not quite. Voluntary socialism is also compatible with libertarianism. Organizations such as the monastery, nunnery, kibbutz, commune all adhere to the doctrine of “from each according to his ability, to each according to his need.” Even the typical family engages in this practice. The three year old girl eats in accordance with her need, not her ability to earn income.

“government investments in infrastructure and technology act as indirect subsidies to corporations.” Not so fast. Compared to what? Take roads, as an example. Had the government not built them, undoubtedly, private enterprise would have done so. (Block, Walter. 1979. “Free Market Transportation: Denationalizing the Roads,” Journal of Libertarian Studies: An Interdisciplinary Review, Vol. III, No. 2, summer, pp. 209-238; http://www.mises.org/journals/jls/3_2/3_2_7.pdf). Entrepreneurs in the private sector would have done a better job, at a lower price. Thus, compared to the operation of free enterprise system, these government investments act as detriments, not subsidies.

Despite these divergences of views, I am very grateful to Bylund for honoring my book with his otherwise incisive comments.

The two articles mentioned by David Gordon and Per Bylund are cited below. 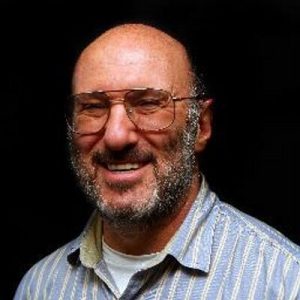